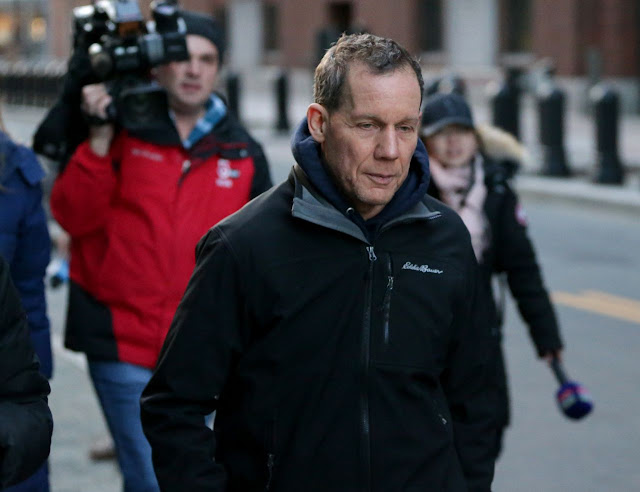 A world-renowned Harvard nanoscientist under federal indictment for allegedly failing to disclose financial ties to the Chinese government’s Thousand Talents Program and for cheating on his federal taxes now wants the university to pay his legal bills.

In a lawsuit and affidavit filed in Middlesex Superior Court, Charles M. Lieber, former chair of Harvard’s Chemistry and Chemical Biology Department, said the university is obligated under its contract with its professors to indemnify him in advance for legal bills linked to his university work.

According to federal investigators, a professor at a Chinese university approached Lieber in 2011, leading Lieber to travel to China’s Wuhan University of Technology where he signed an agreement paying him $50,000 a month and $158,000 in living expenses. He also allegedly received $1.5 million to set up a research lab at the Chinese university.

Lieber allegedly failed to disclose the information to both Harvard and the federal government and also allegedly failed to comply with Internal Revenue Service regulations on overseas payments. Lieber has pleaded not guilty to all charges and is free on a $1 million bond.

Why is This Important?

Lieber, who is known for engineering new nanomaterials and developing their applications in medicine and biology, was arrested on 28 January. The research lab the good professor had helped set up? It’s located at the Wuhan University of Technology.  Wuhan China is ground zero to the potential global pandemic known as the “Coronavirus” which is both spreading rapidly and killing people.

Was Charles Lieber Arrested for Selling the COVID-19 Coronavirus to China?

Lieber faces charges of trading knowledge for money and lying about it. Prosecutors allege he set up a lab in China in exchange for hundreds of thousands of dollars in payments from the Chinese government and then denied knowledge of those payments to U.S. investigators.

The criminal complaint against Lieber alleges that he lied to both the government and Harvard about his involvement in the Thousand Talents Plan. According to the complaint, Lieber was involved with the program from at least 2012 to 2017. His contract called for a salary as high as $50,000 a month, along with about $150,000 per year for living expenses and $1.5 million to establish a lab at the Wuhan University of Technology.

What is Nanoscience related to Coronaviruses?

The world-altering coronavirus behind the COVID-19 pandemic is thought to be just 60 nanometres to 120 nanometres in size. This is so mind-bogglingly small that you could fit more than 400 of these virus particles into the width of a single hair on your head. In fact, coronaviruses are so small that we can’t see them with normal microscopes and require much fancier electron microscopes to study them. How can we battle a foe so minuscule that we cannot see it?

Nanotechnology also has an impressive record against viruses and has been used since the late 1880s to separate and identify them. More recently, nanomedicine has been used to develop treatments for flu, Zika, and HIV. And now it’s joining the fight against the COVID-19 virus, SARS-CoV-2.

Why Is the Media Trying to Spin the Story to be about Illegal Financial Arrangements and Not About Illegal Viral Science?

Despite massive fake news efforts to debunk this COVID-19 wasn't created in a lab.  There are lots of articles describing the scenario of this Coronavirus being manmade.  This news media wants to spin this as some financial arrangement fraud and nothing to do with science.  I am not buying it because it implicates a top University and the United States and contributing trade secretes to China that ultimately might have released the virus in Wuhan by accident or on purpose.  We may never know the real facts!

The increased scrutiny by research agencies like NIH has been accompanied by a rise in criminal prosecutions by the Justice Department. In 2018, Attorney General Jeff Sessions launched what he called the China Initiative, a broad program to crack down on the transfer of U.S. knowledge to China. To date, the initiative has brought criminal charges against dozens of people and won several convictions for espionage.
These kinds of cases are not always straightforward, especially when fundamental research is involved. In spring 2015, Xi Xiaoxing, a physicist at Temple University in Philadelphia, was arrested and accused of sharing sensitive technology with his collaborators in China.
at Friday, October 09, 2020