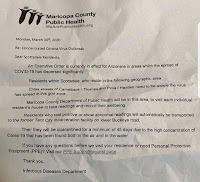 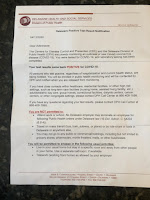 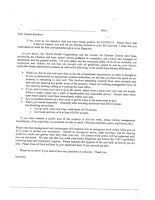 In the last few months, social media has been buzzing with people who claim they left a COVID-19 test site because of a long line and then received a positive test result.  The fake news media has been absolutely silent on this issue.  We found several stories covered by the press below.

Gov. Ron DeSantis said he has become aware of people in Florida claiming they went to get tested for coronavirus, left for various reasons before getting swabbed, and then received positive results. Dozens of Florida labs still report only positive COVID tests, skewing positivity rate.  Florida is also willing to investigate rumors about positive COVID results with no actual tests.

The NFL had 77 positive Covid-19 tests from 11 teams re-examined by a New Jersey lab after false positives, and all those tests came back negative.  The league asked the New Jersey lab BioReference to investigate the results, and those 77 tests are being re-tested once more to make sure they were false positives.

Staff at the CVS rapid testing site in Lincoln, Rhode Island told a local healthcare worker she tested negative for COVID-19. So why did state health officials call her two days later and say she was positive for the virus?   The discrepancy first presented itself on the woman’s car windshield. After securing a time slot at the Twin River site last on Wednesday and swabbing the inside of her nose, she sat and waited in her car. About 35 minutes later, she said, her phone rang and a staff member told her she was negative for the novel coronavirus that’s infected thousands of Rhode Islanders.  Workers at the testing site put a form letter on her windshield with the results: “You were seen today for COVID-19 Point of Care Testing and have tested negative.”

California Woman Receives Positive COVID-19 Diagnosis at CVS Site Despite Never Being Tested. A rumor quickly making the rounds on Twitter and Facebook is claiming that an LA-area resident tested positive for COVID-19 at a CVS Minute Clinic site in La Habra despite never actually attending their appointment to take the test. The images being circulated include a letter from CVS allegedly confirming the result, and though the actual content of the letter is for the most part blurry and illegible, that isn’t stopping the image from being widely shared on social media.   A closer look reveals that the original post came from Instagram account @carolina_gss and that the letter from CVS appears to be legitimate and confirms a 'abnormal/positive' COVID-19 test result. According to the Instagram user’s story highlights, CVS did get in touch shortly afterward to apologize for the mix-up but failed to offer an explanation as to how this error may have occurred.

It has been brought to the attention of the Marshall Police Department a letter indicating residents at Deer Creek Apartment complex had tested positive for COVID-19 had been distributed to the tenants.  The department would like to advise the community that this is not true and no one at that complex has been tested for COVID-19.

This form mistakenly handed out and placed on each apartment door.  Georgia nurses accuse hospital of manipulating COVID-19 test results. The lawsuit filed against Landmark Hospital in Athens has many allegations including nurses being instructed to swab incorrectly to give false results.  The nurses said the hospital instructed staff to take samples from inside someone’s throat, but send the samples to a lab run by Piedmont Hospital that only tests nasal swabs, knowing the results would turn out negative for COVID-19.

Officials with Scottsdale Police Department are asking people in the city to be careful after reports of scams related to the COVID-19 pandemic.  According to statements posted to the department's website and on their verified Facebook page, several Scottsdale residents have received a letter in the mail that claims to be from Maricopa County Public Health.  The letter also claims residents who test positive or "show abnormal readings" will be taken to the former Tent City jail facility for a minimum of 45 days of quarantine.

A Dover man and small business owner in Sussex County is speaking out after the Delaware Department of Health and Social Services (DHSS) presented him with ‘false positive’ coronavirus test results after he had already tested negative.

A disturbing fake letter is circulating on Calfsocial media, claiming to be from the state of California Department of Social Services.  The letter claims if a person is on state-assisted benefits, like Cal Fresh and Medical, the entire household must be tested for COVID-19.  It gives a fake website on where to receive free testing - and says failure to do so by June 1st could result in suspended benefits. The last paragraph states if they test positive, kids under the age of 18 would be removed from the home and placed in foster care until they have recovered.

A man in the Dayton-area, for example, recently said he got a letter saying he'd tested negative after signing up for a test he didn't end up taking. And the Mercer County Health Department said it mistakenly sent a letter instructing a man to quarantine for 10 days after he was examined, but not tested, for COVID symptoms.

Please add any new stories below in the comments.

My mums friend booked a COVID test, went to the test site but the queue was ridiculous, she couldn’t be bothered to wait so she turned round and went home without doing one - and got a POSITIVE test result emailed to her a couple days later ???? TELL ME THATS NOT DODGY????