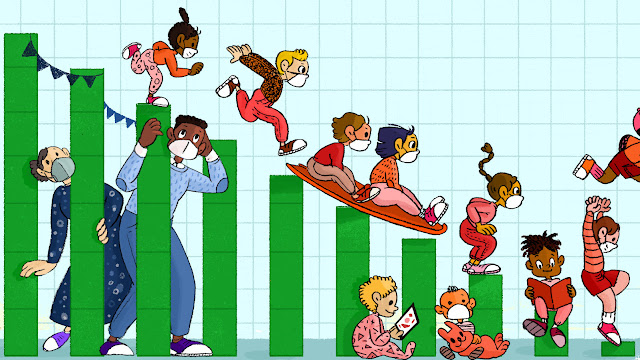 Comprehensive national information is not yet available, but research by NPR and our affiliate stations, along with country-wide media coverage, indicates decreases in enrollment in hundreds of school districts across 20 states. The decline is a departure from recent patterns in each of these districts: big and small, rich and poor, urban and rural. Data from the U.S. over the past 15 years. The Department of Education reveals that the rule has been small and consistent annual rises in public school enrollment.

These fall enrollment declines come six months after schools across the nation shut their doors in the midst of coronavirus lockdowns, as schools have been scrambling to expand remote learning offers and implement safety measures to allow buildings to open for in-person classes, often only a few days a week. The start of the year has been marked in many parts of the world by numerous changes in plans, widespread uncertainty between teachers and families, deep security issues, and concerns about unequal access to technology.

And school districts stand to lose money as well.

Public schools are generally funded by states on a per-pupil basis. The first week of October marks the first of two "count days" in many states — a day in the fall, right at the start of the new fiscal year, where school districts must submit an official enrollment count to determine their funding for the subsequent year.