Free Speech Rights Are Being Tested 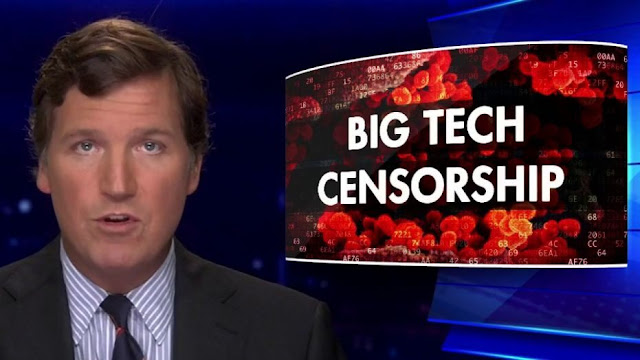 Free speech advocates are furious that YouTube removed a viral video of two California doctors questioning the threat level of the coronavirus.

The doctors, Dan Erickson and Artin Massihi, have made the argument that the mortality rate of the coronavirus is similar to the flu and, therefore, shelter-in-place orders are overblown. The doctors also called for businesses to reopen but were hit with criticism and attempts to debunk their claims.

If this video does not work you can watch it here.

Many people including myself have experienced censorship posting articles and in discussion within local Facebook groups.  Radical liberals are often asking for opposing views and discussion to be removed.  Their justification is you are killing people by posting misinformation.  Misinformation is usually just an opposing view that is not popular.


The dangerous liberal ideas for censorship in the United States

Almost everywhere you turn today, politicians are telling the public to “get used to the new normal” after the pandemic. For some people, this means public health precautions from social distancing to banning handshakes. Others have quickly added long standing dreams for everything from the guaranteed basic income advocated by Representative Alexandria Ocasio Cortez, which was also recently raised by House Speaker Nancy Pelosi, to mailed voting elections advocated by many Democrats. The video accumulated over 5.4 million views before it was removed from YouTube.

The most chilling suggestion, however, comes from the politicians and academics who have called for the censorship of social media and the internet. The only thing spreading faster than the coronavirus has been censorship and the loud calls for more restrictions on free speech. The Atlantic recently published an article by Harvard Law School professor Jack Goldsmith and University of Arizona law professor Andrew Keane Woods calling for Chinese style censorship of the internet.

The justification for that is the danger of “fake news” about coronavirus risks and cures. Yet this is only the latest rationalization for rolling back free speech rights. For years, Democratic leaders in Congress called for censorship of “fake news” on social media sites. Twitter, Facebook, and YouTube have all engaged in increasing levels of censorship and have a well known reputation for targeting conservative speech.

Hillary Clinton has demanded that political speech be regulated to avoid the “manipulation of information” and stated that Facebook founder Mark Zuckerberg “should pay a price for what he is doing to our democracy” by refusing to remove any opposition postings. In Europe, free speech rights are in a free fall, and countries such as France and Germany are imposing legal penalties designed to censor speech across the world.

Many of us in the free speech community have warned about the growing insatiable appetite for censorship in the West. Yet we have been losing the fight, and free speech opponents are now capitalizing on the opportunity presented by the pandemic. Representative Adam Schiff sent a message to the executives of Google, Twitter, and YouTube demanding censorship of anything deemed “misinformation” and “false information.”

Yet YouTube did exactly that a few days earlier by removing two videos of California doctors who called for the easing of state lockdown orders. The doctors argued that the coronavirus is not as dangerous as suggested and that some deaths associated with the pandemic are not accurate. There is ample reason to contest their views but, instead, YouTube banned the two videos to keep others from reaching their own conclusions.

Facebook will not only remove posts it considers misinformation about the coronavirus but will issue warnings to those who “like” such postings. Facebook said that it wants to protect people from dangerous remedies and false data. Ironically, the World Health Organization praised Sweden for its rejection of the very restrictions criticized by the two doctors. The group declared that Sweden is a “model” country despite its rejection of lockdown measures being protested in the United States.

China has been particularly eager not to “waste” the opportunity of this crisis. Chinese professor Xu Zhangrun is one of many citizens arrested after publishing criticism of Xi Jinping on his handling of the crisis. The government deemed such criticism to be fake news causing panic. It has censored accounts of its concealing the source of the original outbreak, including censorship on popular Chinese apps such as WeChat.

Coronavirus Survivors Want Answers, and China Is Silencing (NY Times)
at Tuesday, May 05, 2020