How Widespread Is Unemployment Fraud? 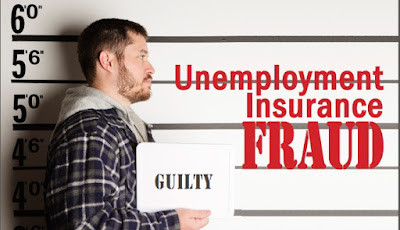 An investigation into possible unemployment benefits fraud related to the coronavirus pandemic is expanding with as many as 2,000 cases in Rhode Island, authorities said.

State and federal law enforcement agencies are investigating fraudulent unemployment insurance claims submitted to the state Department of Labor and Training. The department has received roughly 2,000 reports to date from people who say they have been the victims of “imposter fraud,” agency spokeswoman Angelika Pellegrino said in an email.

If there are 2,000+ fraud cases in Rhode Island, how many fraud cases are there in the United States with 33M unemployed filing claims?

The State of California is suing Uber and Lyft

These two companies deny that their drivers are entitled to state unemployment insurance, as well as state-mandated paid sick leave and other employee benefits. The companies are thereby shirking their obligations to their workforce and shifting the burden onto drivers and taxpayers at a time when they are most vulnerable.

Uber and Lyft, in breaking California’s new law designating many workers in the so-called gig economy as employees, are pushing a financial burden onto taxpayers as the firms’ drivers are collecting unemployment benefits from funds the companies have not paid into, California’s Attorney General alleges.

What Do Drivers Think? Preliminary survey results and conversations with drivers overwhelming say 'no'. Is California going too far?

Anyone who believes their personal information has been used to file or secure a false claim is being asked to call the FBI’s or the state Department of Labor and Training.  Submit your FBI Fraud claims here.